You Don't Have Time To Read This 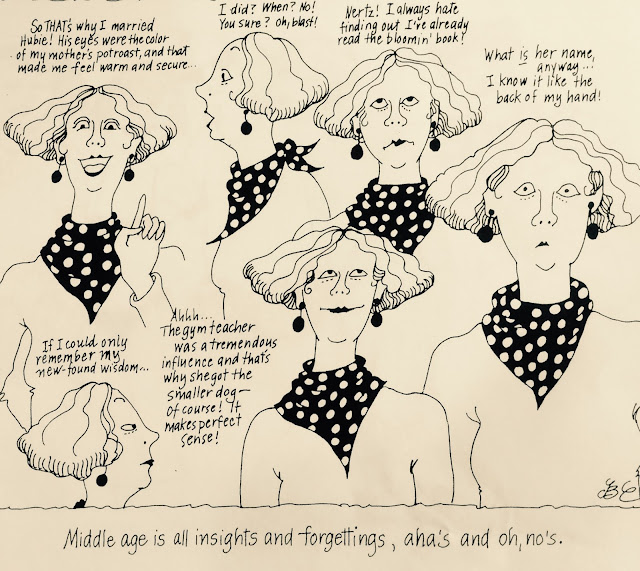 The latest New Yorker probably just landed, maybe with one of those smashing Blitt or Ulricksen covers, filled with too much to even get through in a week.  There are still piles of them, unfinished, in your living room or family room or wherever.  Plus the new Franzen just came out—perhaps you already have your copy.  The fall book lineup in the New York Times Book Review is juicy—there are plenty of things to hanker for.  Hanker after.  Want.

Besides, these days any writing I am fiddling with is basically for me to see what I’m thinking.  Making lists doesn’t do it for me any more.  I’d enjoy having some verbs to scamper along after the nouns.  Also, the chance of a reader coming across an a-ha is slim.  The last epiphany I had was in 2013.  Something to do with politics, which have since gone on to greater depths.  The downward plunge.

I'm just here at the computer where so many people are these days.  Twenty years ago I could have been “here” at my three ring binder.  Now it’s a keyboard with remains of old snacks on the keys and a shift key that won’t work because once I tried to clean the keys with a damp sponge that was not altogether damp.

I’ve adjusted to the shift key problem; funny how a person adjusts in life.  To almost everything, or so it seems.  Things you can’t imagine you can stand at all, you do.  You stand them.  Maybe you cried over something a while ago and now you don’t.  At least, not over that same old something.  You took it in and examined it a bit, as much as you could, and other things came along to distract you.

So you then found out you could be distracted and that was almost good enough.  For the time being, anyway.  The deal, it appears, is to keep the one-foot-in-front-of-the-other thing going.  The getting up out of bed thing, when you see the light come through the window and you know it’s a new day.

So here I am, talking to myself, looking at the letters jump along, wondering if I’ll find an answer to some problems.  Nothing like the problems in the rest of the world, which are beyond belief, they are so terrible.  Just my problems, that’s all I am interested in right now, ol’ Selfish.  Tapping at the keys, waiting for insight, waiting for answers.